Rendering fantastically detailed images of the planet in three dimensions, Google Earth is an app like few others. You might not have noticed just how much Google has improved the program since it first launched the service in 2001 using images collected from aircraft and satellites.

Let’s look at some of the more clever features of Google Earth that you might not have noticed.

You might already know that Google Earth lets you zoom around the planet’s surface with ease. But did you know that you can also plumb the depths under the surface of the world’s waterways?

Seas and major lakes are mapped beneath the surface so users can engage in bathymetry – the study of the ocean’s floors. In 2011, high-resolution images were added to the system for places like the Hudson River, which allows resolutions up to 100 meters. Simply zoom in on the water’s surface and keep going to discover what lies beneath in three dimensions. 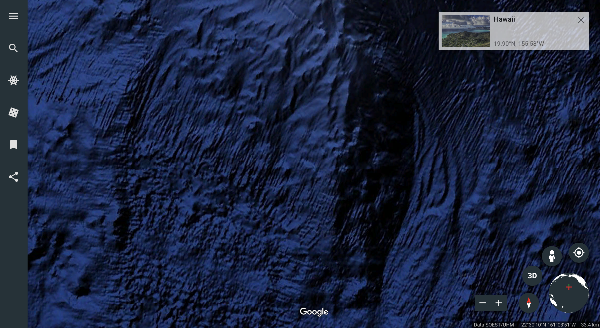 As well as moving through space, Google Earth allows you to move through time. If you are looking at an image of a city, for example, then you might see a year appear in the bottom left-hand corner of the screen. Simply hover over the number to see an alternative image from the past of the section of the Earth you are looking at. It is a great way of seeing how the planet has changed over the years. 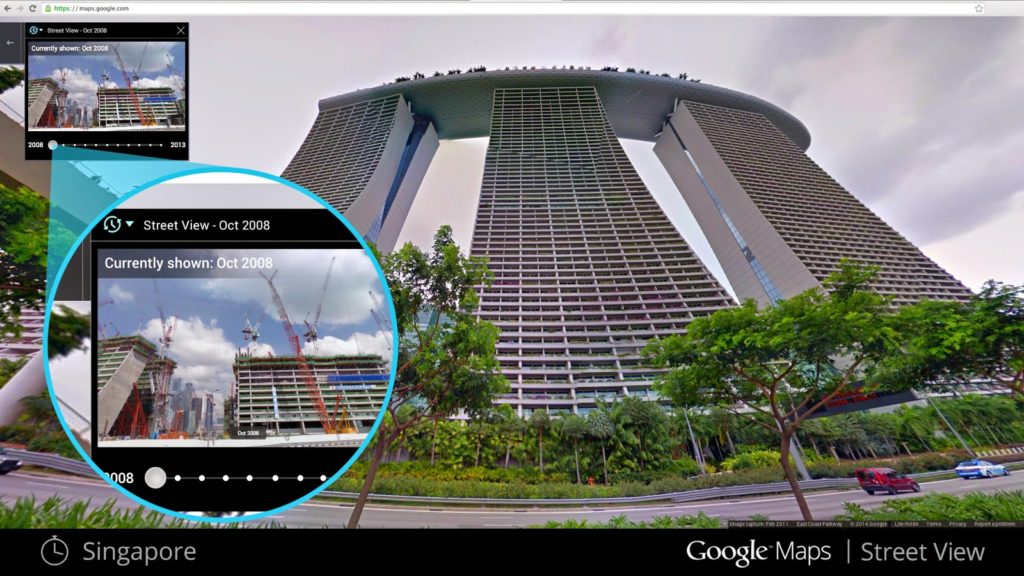 Take a virtual tour of your favorite places

If you’re heading somewhere on vacation and planning a tour of your destination, then Google Earth will help you by allowing you to preview it. Pre-loaded guided tours of tourist destinations in cities like Paris allow you to see which places you’d like to visit in person. 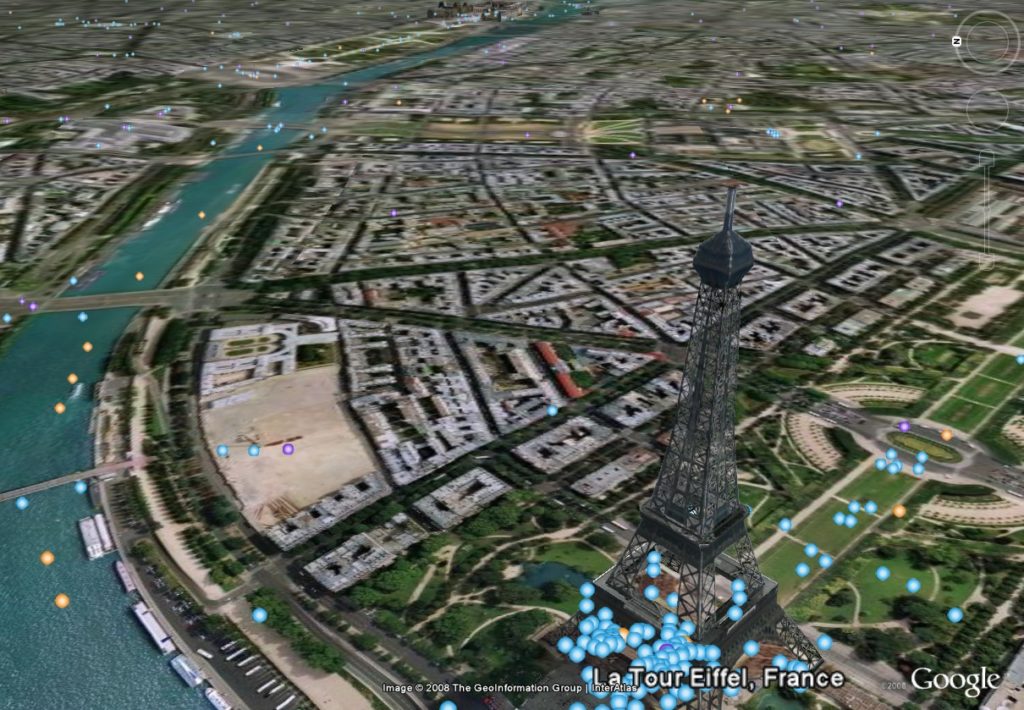 To find a tour for a given city, go to that city in Google Earth and click the thumbnail image at the bottom of the screen.

Thanks to its realistic sense of hovering over the planet, Google has developed a flight simulator that allows users to get a real sense of taking to the skies. You can pitch, roll, and dive over the city where you live or experiment with controlling an airplane in a completely different part of the planet. 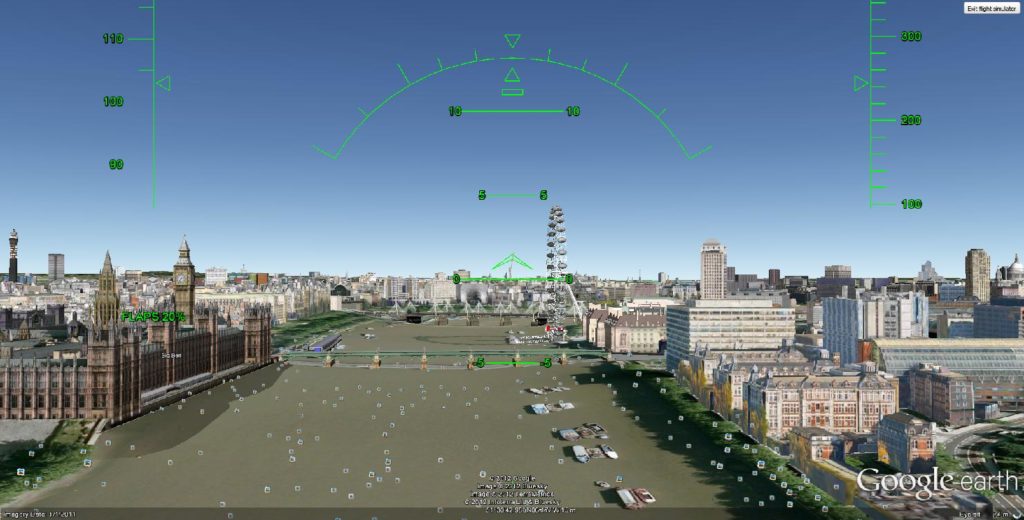 Simply head to the Tools section in the main menu and select Enter Flight Simulator. Don’t forget to plug in a joystick for the perfect simulation experience!

Google Earth is a great way to get to know a place. You can get even more from the experience by using the Wikipedia option, known as a point of interest layer. This will display a card with facts about the place you are looking at at while you are viewing the 3D images, so you can gain knowledge while exploring. 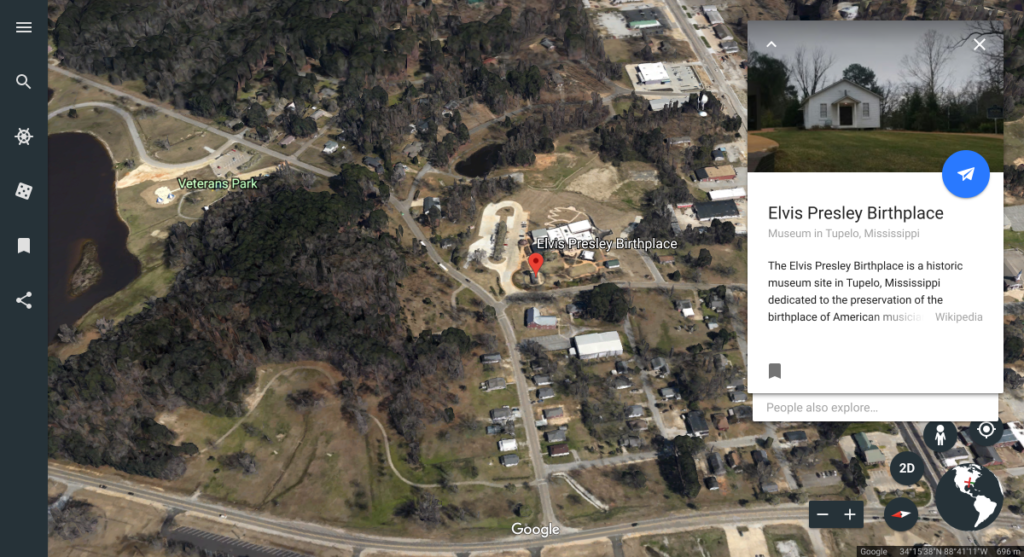 This option is enabled by default; to use it, simply click a place and the card appears.